I’m not sure where I first heard the quote, “there is nothing more uncommon than common sense,” however, it has struck a chord with me the longer that I live. At first, I thought these words of wisdom were penned by Ben Franklin, one of the Founding Fathers of the United States, yet years’ later I find that the author was famed architect, Frank Lloyd Wright.

Wright was an influential visionary of the 20th century, known to the casual observer as simply being an architect. To the discerning, Wright arranged open living spaces and used light and the influences of nature in his designs. His Prairie Houses, on the outskirts of Chicago, exhibited outward symmetry while the inside was asymmetrical with rooms integrating designs that used light to enhance the living space in a more natural setting.

Possibly, the link between Franklin and Wright exists as both found ways to create complicated structures that allowed others to enjoy the simplicity of the design. Wright’s Fallingwater house was a testament to the creation of a structure that made the most of its surroundings, where art complemented nature. 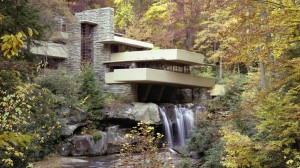 Similarly, Franklin established early in life a set of 13 Virtues that were to govern his life and actions. He did well. Franklin’s list of achievements is long, here are a few highlights: Founding Father and signatory to both the U.S. Declaration of Independence and Constitution, 1st Postmaster, Ambassador to France, Pennsylvania Governer… and the list goes on. As an inventor, many adults owe their reading ability to Franklin, the designer of bifocals. Franklin set forth a set of virtues to define his character early in life, which complemented his life well-lived.

So, what about common sense? Is the ability make wise decisions important? What about the understanding of surroundings so that sound judgment can be exercised? Look around, read the headlines, listen to the rancor in the media. Now, more than ever, we need the simplicity of common sense. Mr. Franklin and Mr. Wright, we applaud you and we need to emulate you.

Because Common Sense isn't so common